Posted by Ralph Sawyer with
July 19, 2016
in Ministry Highlight 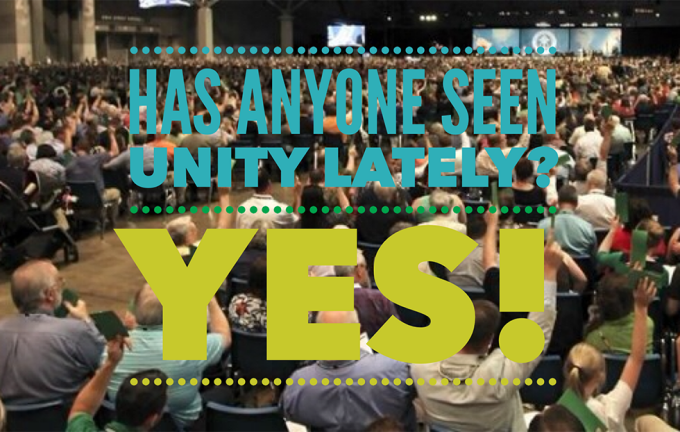 We’ve seen no shortage of examples of lack of unity this past week. Our nation is divided as African Americans and increasingly Police officers lives are being targeted. Black Lives Matter vs. All Lives Matter. The undertones of racism that some would like to say have long since been buried in our nation have reared its ugly head. For those more politically minded, the Republican National Convention, the massive pep rally for the future presidential candidate, a supposedly unifying event was derailed at nearly the beginning by division over rules and how a vote about such rules should be taken.

It can be kind of depressing to see the division that exists in our country and the world as a whole. It can be discouraging as you turn on the news or visit your favorite news website to see the harm that lack of unity causes us. It’s not my desire to draw your attention to more of the issues that plague us today but to point us towards something we are a part of as a church that recently at its annual gathering sent a strong message of unity. Our church is a part of the Southern Baptist Convention (SBC). For many today in SBC congregations, you’re aware of this fact but know little of why it matters what our denominational affiliation is. It starts with a doctrinal agreement on our understanding of the Bible but from there it’s built on the premise that together we can do more for the furtherance of the Gospel than we can do separately.

Some people when they hear of the SBC, have negative feelings towards it. Let’s be honest, we are not a perfect denomination. Many Southern Baptist churches have been filled with racist and slave owners. It’s a stain on our past but something that we are working to make right, as we all recognize the gospel is not for the white man, but for all of mankind! Last month, the SBC held its annual meeting in St. Louis. It’s interesting as I look back now given the headlines in our nation at the things that the leadership were led by God to emphasize at the convention. Unity, racial and otherwise, was key to them as we move forward in an effort to bring our nation and this world to salvation.

In my efforts to encourage you, as a Southern Baptist, who probably did not have the opportunity to attend the annual convention I want to share with you a story, one that displays the unity that we have and the desire to make much of Jesus. The story that follows is about the SBC presidential election. Please do not bail on me now because I know you’ve heard more than enough about presidential elections but this story is different. It starts with 3 men who love Jesus….see I told you it was different! Each one of them running for president of the SBC, each one nominated by a well-known SBC leader, and each one likely qualified to serve the SBC in this capacity.

Here is where the story gets interesting. I was able to be in the convention hall for the vote. We all cast our vote for president. Sounds pretty normal so far but wait for it. As the votes were being counted in the background I began to hear rumors that it would be important to stay in the convention hall. Something was up with the voting, enough people I respected were saying stay in the hall that I wanted to see what was happening. The results came back with 1 candidate receiving about 10% of the vote and the other 2, JD Greer and Steve Gaines, each receiving about 40% of the vote. This is where things got real interesting. According to the governing rules, a president needed to be elected by 50% majority. So here we are in the hall, voting a second time between Greer and Gaines.

Unfortunately after this I had to leave so I wasn’t present for the rest of the story but what happened is unheard of. The results came back and both Gaines and Greer had 49% of the vote, with illegally cast ballots being the problem keeping us from getting a majority winner. At this point it became pretty clear that a divide existed. It was likely the young SBC vs. the old SBC rearing its ugly head. Greer was likely the candidate favored by the younger and Gaines likely being favored by the older. So what now? This doesn’t sound like a story of unity….but wait there’s more!

That night and on into the morning God orchestrated one of the most beautiful pictures of unity that could result from these circumstances. I don’t know all the details but I know both Greer and Gaines felt led to withdraw their candidacy so the other could be president and move forward unified. As word reached both of them, they met together. Greer expressed his strong desire to step aside and allow Gaines to serve as President. Gaines, in his desire for Jesus to be lifted high and for SBC unity, would accept the presidency. They prayed together and the next morning, both Gaines and Greer took the platform; Greer withdrew his candidacy and threw his support behind Gaines. He moved to elect Gaines by acclimation. The unified body of delegates from SBC churches around the nation elected Gaines.

These men showed us that one thing matters, Jesus and the salvation that comes through Him! May we all seek similar unity and be proud to be Southern Baptist as we move forward in building unity around Jesus Christ! If you’d like to know more about what happened at the Southern Baptist Convention, below you’ll find a video that summarizes what took place. It was an incredible gathering with emphasis on racial reconciliation, prayer, a desire for spiritual awakening, and UNITY centered on Jesus Christ! Together we can do more than we can do separately! 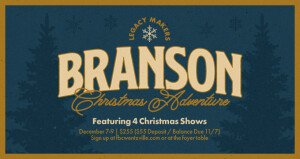 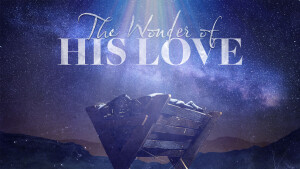