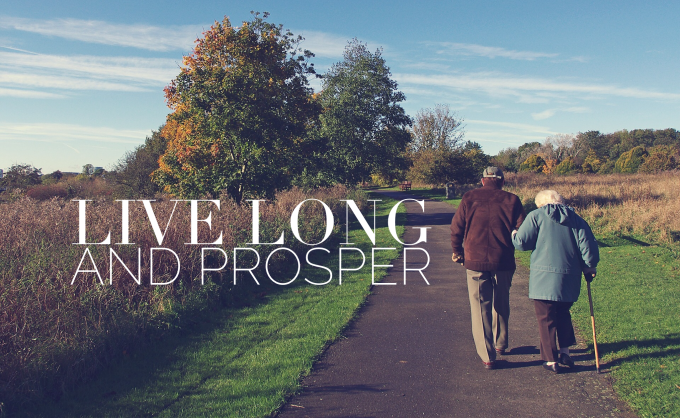 For I know the plans I have for you, declares the LORD, plans for welfare and not for evil, to give you a future and a hope. Jeremiah 29:11 (ESV)

It’s a good thing to remember that this isn’t the first time in the history of the world that it seems like the world is turning inside out. Any culture, including ours, that rids itself of the healthy values that allowed the creation of that culture to begin with is headed toward big trouble.

We appear to be living in a time of great upheaval whether you’re talking about the moral and ethical values that are turning upside down, or the economy, or families, or marriages, or the educational system, you can fill in the blank ___________with another rapidly changing foundational value of our culture. But, as believers, as disciples of Christ, we have been instructed by God that no matter how bad things may be or seem to be, even in what you might think is a decaying culture, you and I can make it...and even flourish through His grace and power.

Think back with me for a moment to the life of a 15 year old prisoner of war who was uprooted from his homeland, never to see his family, his parents, his friends, and his homeland again. A young man who would actually spend the rest of his life in a culture that was hostile, that didn’t believe what he believed, that sought to replace his godly values with pagan values through educational reprogramming, a new language, new food, and to top it all off, just to make sure that there are no remnants of your past, of the old way of doing things, they give you a new name. Happened in the life of Daniel.

What an amazing record we have in the book of Daniel as it reveals what happened in the life of a young man of 15 who not only succeeded in life and flourished in his walk with the Lord but lived a life of adventure, political intrigue, and spiritual growth for the roughly seventy years that we have recorded for us. He became one of the greatest prophets we have revealed to us in the Scripture. He got promoted five times. He outlasted three different governmental administrations of two different cultures and led two of the emperors of those administrations to faith in God. All the while, he was living his faith and demonstrating himself to be a man of integrity and trust. WOW! ALL IN A HOSTILE CULTURE!

He did it, and if your world seems to be under siege, if things seem to be changing too rapidly, it you live in a hostile culture where people don’t believe what you believe and are intolerant of your beliefs, you can make it too and actually flourish...when you trust the Lord like he did.

He wasn’t surprised with what was happening in his world, why the prophets who preached the Word of God in the streets as he was growing up continually warned the people of Israel that if they didn’t get their spiritual act together things were going to change big time...and they did. Nebuchadnezzar, king of Babylonia, destroyed Jerusalem, defeated the Israelites, and took 25% of the population back to Babylonia to be enslaved. And Daniel was one of those captured and enslaved.

It really helps to deal with the world you live in when you know the truth, that in this broken world there are going to be sufferings, trials, tribulations and real difficulties. When you accept that instead of being blown over by them you can seize upon the truth of God’s Word and overcome them. That’s what Daniel did and that’s what you and I can do. He knew what it was to live long and prosper way before Gene Roddenberry of Star Trek fame even had an inkling of a pointy ear Vulcan and you can stand strong and prosper, because your faith will empower you to overcome and be at peace....PEACE!

We shouldn’t be surprised at what happens in this broken world of ours. We’re not living in heaven yet, where there is no sorrow, no tears, no suffering; we live on planet earth, where bad things happen. Instead of asking, “Why me?” We might want to ask “Why not me?” We live on broken earth. After all, the Scripture has given us ample warning and instruction of how to deal with it, even as Daniel. A test is a really good thing...when you pass it...when you don’t...you just keep getting the same test over and over.

Beloved, do not be surprised at the fiery trial when it comes upon you to TEST YOU, as though something strange were happening to you. But rejoice insofar as you share Christ’s sufferings, that you may also rejoice and be glad when his glory is revealed. If you are insulted for the name of Christ, you are blessed, because the Spirit of glory and of God rests upon you. But let none of you suffer as a murderer or a thief or an evildoer or as a meddler. Yet if anyone suffers as a Christian, let him not be ashamed, but let him glorify God in that name. For it is time for judgment to begin at the household of God; and if it begins with us, what will be the outcome for those who do not obey the gospel of God? 1 Peter 4:12-17 (ESV)

Along with the truth, God gives us the truth that sets us free. We can trust in Him and have peace...yep, peace, and we can flourish, even in a hostile environment. God can make good of bad stuff that happens.

“ I have said these things to you, that in me you may have peace. In the world you will have tribulation. But take heart; I have overcome the world.” John 16:33 (ESV)

Take heart...it’s happened before...and it’s been overcome...we see it in the life of Daniel. Be strong, don’t be surprised...and keep on trusting...and you will overcome too. Live long...and prosper...no matter what. 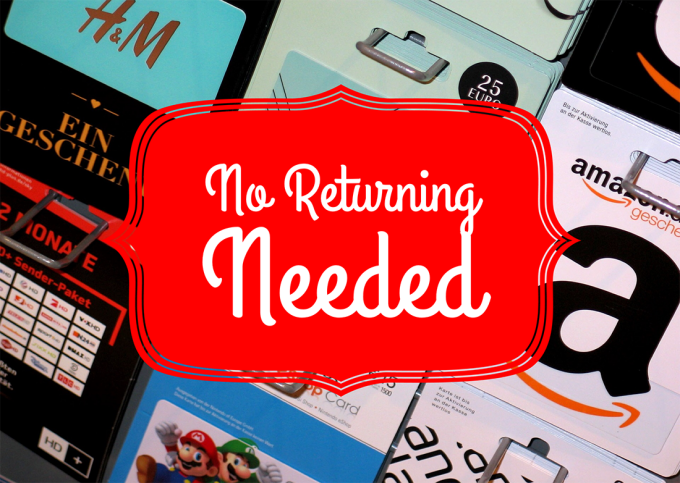 You’ve taken measures to make sure everyone can catch your “drift”. But what happens? You begin to watch the gift giving unfold and all of your hopes and dreams for Christmas have turned into a really bad nightmare.

Ever happened like that, I mean, not as bad as that but the same result you didn’t get anything you really wanted for Christmas. Unrealized expectations can be a real downer sometimes...as the old trusty car begins to warm up in anticipation of beginning the ole familiar yearly rite of “return the gift”...which starts in the “forever” waiting line...at every location.

Thankfully, there is a gift that really matters...that we will never want to return. It’s given to us by God and promises to provide everything we need for the coming year.

“Your heavenly Father...will give you all you need... from day to day if you live for Him and make the Kingdom of God your primary concern.” Matthew 6:25-33

It might be a little difficult to admit that you can survive without a pair of zebra striped flannel pajamas, but somehow... everything is gonna to be alright. When we set our mind on the things that really matter...our gift expectations begin to change...and our disappointments decrease as we focus on our task of living for Him and being aware that He knows our real needs...spiritual, relational, emotional, and even material...even those we aren’t really aware of.

“For God so loved the world, that he gave his only Son, that whoever believes in him should not perish but have eternal life.” John 3:16 (ESV)

It is a gift we don’t deserve...but a gift we really need...the gift of eternal life. That’s why the Bible describes Christmas as “Good News”.

What a gift! A gift that we can really be thankful for...and a gift that actually “keeps on giving”... day after day. I mean, after we receive this gift, a good change occurs and we become more concerned about what we will give rather than what we will get.

“ In all things I have shown you that by working hard in this way we must help the weak and remember the words of the Lord Jesus, how he himself said, ‘It is more blessed to give than to receive.’” Acts 20:35 (ESV)

We not only don’t want to return this gift we want to share it with others. That’s what Christmas is all about: God reconciling with his human creation so that we can know Him and love Him and share Him with others.

Go ahead and text someone right now...give them an invitation...slap it on Facebook...I know you use it...I’ve already seen those “cute” pictures of your dog jumping off the roof of your house into a kiddie pool...Invite them to Sunday Christmas worship...starts at 10:30...tell them it will help make Christmas Day really special...Invite them to Christmas Eve Service. Hey, just a thought; Invite them to Christ...it’s a gift where no returning will be needed.

And the angel said to them, “Fear not, for behold, I bring you good news of great joy that will be for all the people. For unto you is born this day in the city of David a Savior, who is Christ the Lord. Luke 2:10-11 (ESV)