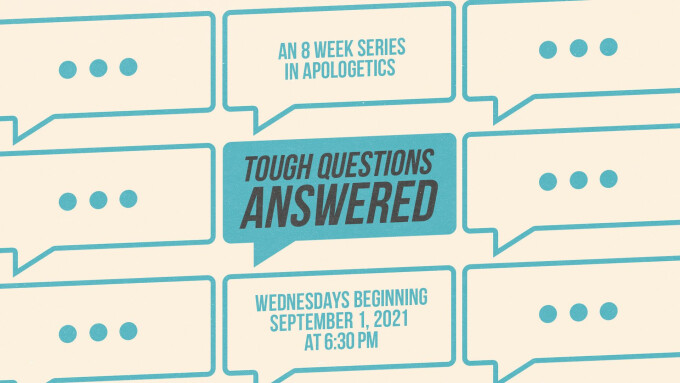 Have you ever been in a precarious situation in which an unbeliever raised onerous objections concerning the Christian faith? Why do Christians make the illogical claim that Jesus is the only way? Why does God allow babies to be born blind? Why is the church bigoted against homosexuals? To make matters worse, you were tentative and not able to respond by defending the Christian position as the opposition did in obstructing it. It can happen to the best of us. To be fair, the objections that unbelievers raise are not trivial. Sometimes objections are mean spirited, but in many cases they are legitimate questions that require thoughtful answers.

To that end, there is an upcoming opportunity here at FBCW to attend a class series in apologetics designed to provide biblical answers to our toughest questions. The value for the class participant is to help Christians better understand, defend, and proclaim their beliefs. Classes for this eight week series are on Wednesday evenings in an auditorium setting starting September 1, from 6:30 pm to 7:30 pm.

Believers find today that “true biblical Christianity” is not popular. The world and its ways are diametrically opposed to the Christian faith. To compound the problem, a tragedy of our time has been the silencing of many Christians while the culture slides progressively into moral decay. Some challenges Christians face here in America, to name a few:

None of the above challenges is acceptable, yet they pervade our society. It is incumbent upon Christians to make their voices heard and explain why the opposition is wrong. This class series addresses taxing questions by employing Scripture, overhead slides, video clips, and a supporting Participant Guide. A synopsis of the questions follows:

Why Should Faithful Christians Stress That Homosexual Intimacy Is Always Wrong? The debate over transgender and homosexual rights has become a hot topic in recent years. Critics in support of gay and lesbian lifestyles want to argue that a moral judgment is bigotry. Key discussions employed in the argument: the homosexual agenda, scientific research, and theological ethics. This homosexual issue has the potential to divide the body of Christ

If God Is Good, Why Does He Allow Evil? The opponents of Christianity love to engage in debate regarding evil in the world because they feel they can very easily put Christians behind the 8-ball. Why does God allow terrible tragedies? Why the unexplained suffering? Why? Why? Why? The discourse includes the role of free will as it relates to God’s providential workings.

Who Are You To Judge? … The Death Of Truth We live in an “anything goes” society. Why are we afraid to call out sinful behavior? Was Jesus teaching that we should not make judgments? This tough question raises the priority of discernment and emphasizes that biblical truths matter, rather than the postmodern culture / political correctness / moral relativism we deal with today.

How Can A God Of Love Send Someone To Hell? Many people do not believe in a God that would send the crown jewel of His creation to eternal torment. Several popular beliefs concerning confusion about the afterlife will be discussed. A strong argument is made that heaven and hell are real … Jesus is the star witness. Will also cover the question … Can saints be happy if a family member is doomed in hell?

Now That We Live In A Scientific Age, Haven’t We Outgrown Christianity? Concerning science and Christianity this compelling question examines: Why the conflict between the two fields of study, and where do these fields of study converge? A common sense interpretation of facts suggests that a Super Intellect has monkeyed with the physics of the universe. For the scientist who has lived by his or her faith only by the power of reason, the story ends in a bad dream. The alignment of the Genesis account with science’s thermodynamic laws may be a real eye opener to attendees.

Should The Church Refrain From Silence And Stand Up To Be Heard? Pastor Gary Hamrick delivers a sermon to challenge the church in America to wake up: “Our nation is at a crossroads. Christians need to wake up and realize that we are in a spiritual battle for the heart and soul of our nation. Stand up for righteousness! Stand up for truth! And let your voices be heard for the glory of God!” This session will include live performances of God Bless America and I’m Proud To Be An American.

Can I Feel Comfortable Handling Questions Related To Jesus’ Resurrection? We’ll end the class series with the all-important question concerning resurrection apologetics. Jesus’ resurrection is a crucial issue, i.e. the primary testimony of the early church. This session is designed for the purpose of providing strongly attested evidence for the resurrection as a resource for one's advantage whenever needed. Acronyms are employed for ease of memory recall of this important evidence. Includes an excerpt from Brother Ralph Sawyer’s 2021 Easter sermon.

In short …Unbelievers have good questions. Believers have good answers. God commands us to give them. 1 Peter 3:15-16: But in your hearts set apart Christ as Lord. Always be prepared to give an answer to everyone who asks you to give the reason for the hope you have. But do this with gentleness and respect,

There is plenty of darkness in the world today. Satan is at work. Rather than make concessions to those outside the Faith, we can respectfully agree to disagree. We have Christ in our corner, and we can hold tightly to the truth that His life, death, and resurrection are the answers for our problems. It’s my prayer this course emboldens Christians to speak fearlessly with those who reject the Bible (and the Christ of the Bible) in a way that causes them to reexamine and open their hearts. May God receive the glory.

Feel free to make public invitations to those whom you think may be interested … family, friends, neighbors, work associates, and even skeptics. SEE YOU THERE! 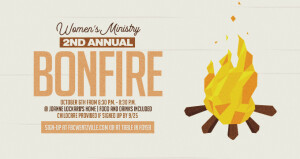 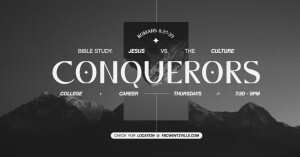 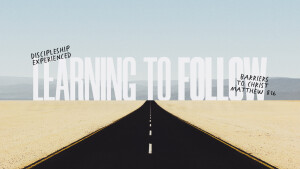